The Blue Screen of Death is a Microsoft Windows error screen. It appears when Windows crashes or locks up. While the appearance of the screen may cause users to panic, it actually has a benevolent purpose. The first thing the screen is designed to do is to prevent whatever caused the crash from doing more damage. After protecting your computer, the screen provides vital information on what caused the problem in the first place. 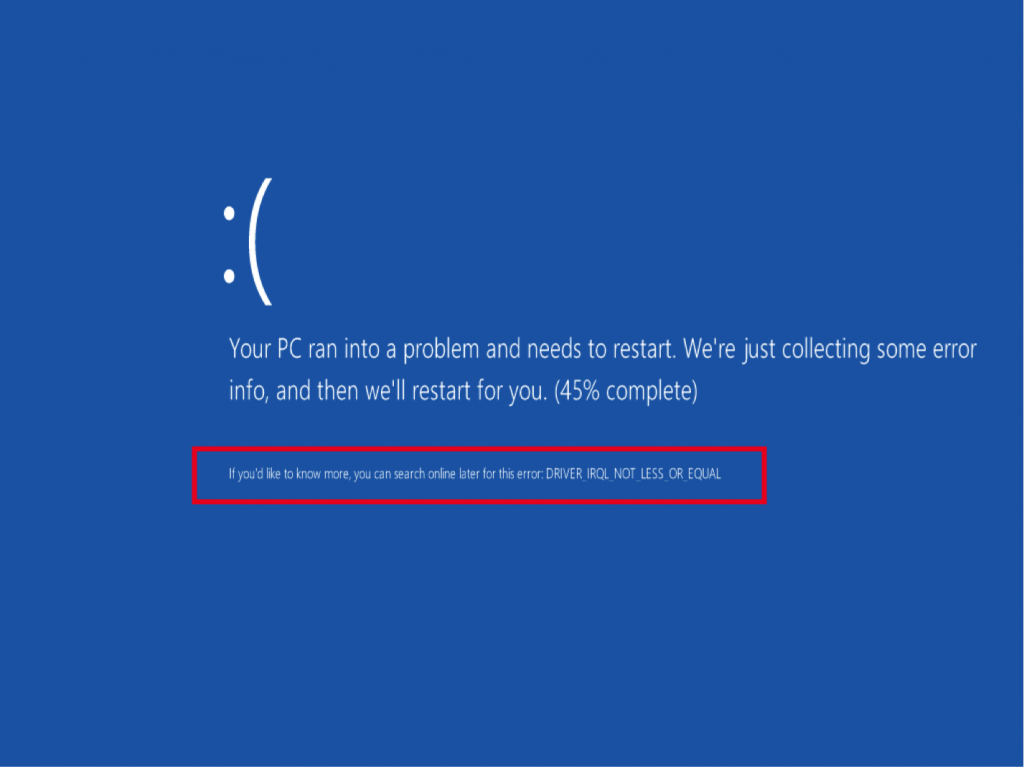 The Blue Screen of Death can be caused by a number of issues. Some of the most common include hardware failure, bad drivers, corrupt registries, high temperature and viruses. The first recommended course of action after seeing a Blue Screen of Death is to reboot your computer and cross your fingers. If you computer starts as normal, then you have escaped potential damage. However, if the screen reappears, then it is time to call on your Technology Advisor, because something could be seriously wrong with your computer. Your Tech Advisor will be able to determine whether it’s a piece of hardware that can be replaced, a software problem that can be fixed, or a virus that can be removed. He or she can also advise you about whether the cost of fixing the problem is more than your computer is worth.

If you experience a Blue Screen of Death, it is important to write down some vital information. This information will help your Tech Advisor determine whether the computer is fixable and which action to take next. Here are two things to look for.

It is very important that you write down these two codes before restarting the computer. Unfortunately, you don’t have a lot of time to write down this information before your computer dumps its memory and your screen goes blank.

Luckily, Microsoft has improved its software with Windows 7 and 8, and the Blue Screen of Death appears less frequently. However, it does still happen, and when it does, we want to hear about it!